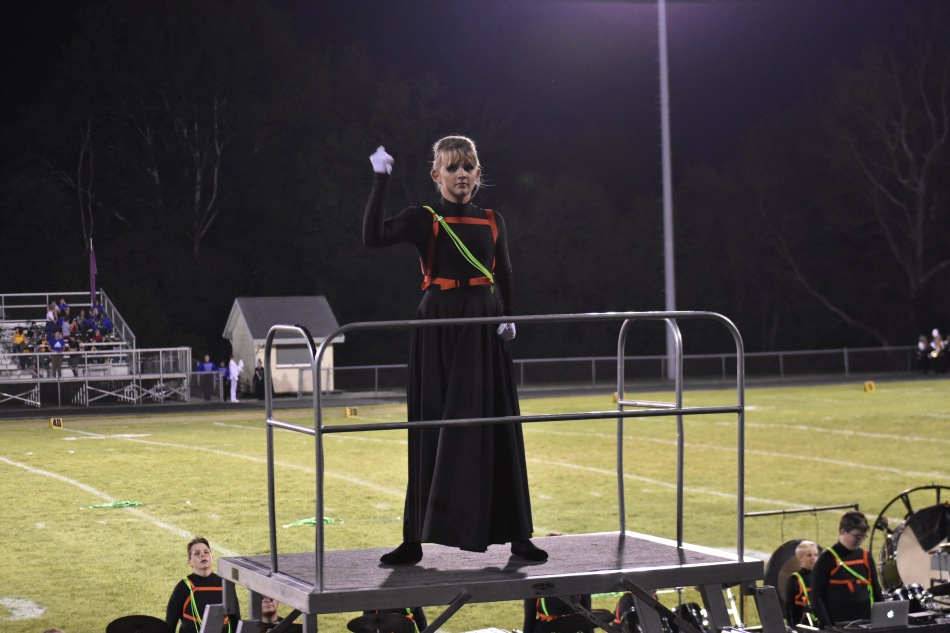 In 2016, McGowen was given the opportunity to audition for drum major.

“I thought it would be different, and I felt like it was a good opportunity,” said McGowen.

McGowen was chosen from a small group that had all auditioned to be drum major during her freshman year, but she started her sophomore year. McGowen went through a series of auditions and also took conducting lessons to be successful.

As drum major, McGowen is expected to conduct, but that is not her only role. She must also run errands behind the scenes and keep the band in high spirits.

“The major thing is to be someone that anyone can come to and to always lift up the band,” said McGowen.

There are hard parts to being drum major, but in that role, focusing on the good is important in being able to continue to lead.

McGowen’s favorite memory while being drum major is from her first competition at Salem, where she won the “Best Drum Major” award. Along with that, McGowen has won multiple awards in the past based on her playing and leadership, but this was her first award based around her being drum major.

In the future, McGowen said that her time as drum major will help her be a leader later on in life.

“It has shape me a lot. I’m not the same person I was a few years ago; I’ve matured a lot. What I’ve learned with position I will carry through the rest of my life,” said McGowen.