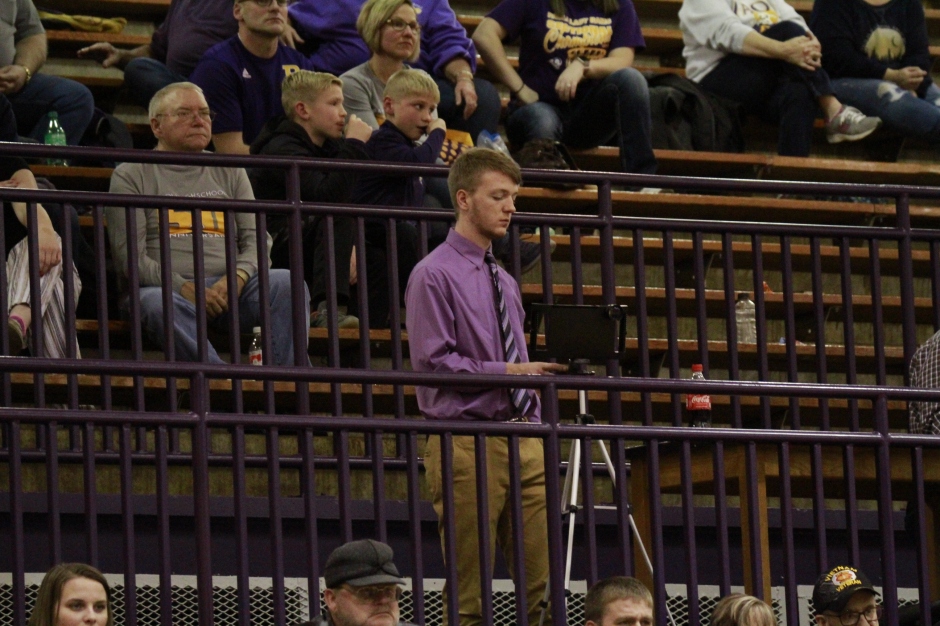 There are more members of the basketball team than can be seen on the court. An important asset to the boys basketball program is senior manager Tyson Line. Line is the one who quietly works behind the scenes to wash the jerseys, film the games, fill the water bottles and run the clock during practices. He has been on staff for the basketball team since his freshman year.

“I had nothing to do after football ended, so I thought it’d be fun to be able to hang out with my friends,” said Line.

Some of Line’s favorite memories come from spending time with his friends on the basketball team. He has enjoyed the many bus rides home after an on-the-road victory and all the time he has had to hang out with his friends.

“Tyson is a hard worker who has spent a lot of his hours around athletics, so he knows what is needed and how things need to be done. Tyson is the type of kid and manager you don’t have to put a list together of his job responsibilities,” said Cole.

Since Line has mastered the art of being a manager, he often serves as a role model or helps the team improve their game.

“Tyson is also a great leader who has taken Davis Minton and other younger managers under his wing and taught them the ropes. It isn’t out of ordinary to see our managers included in practice either. They are sometimes used in drills and can often be seen holding practice dummies and banging on our guys to help toughen them up,” said Cole.