“Descendants: to take stage in December 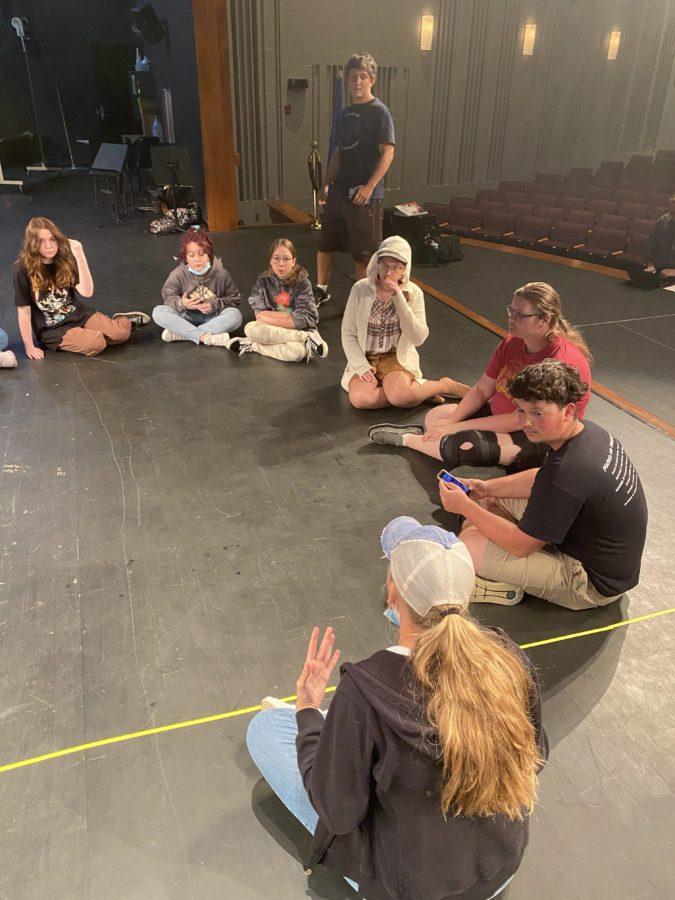 For this year’s fall musical, the drama club will be performing Disney’s “Descendants”. The musical, based on the Disney Channel Original Movie of the same title, is about the children of Disney’s famous villains, Maleficent, the Evil Queen, Cruella De Vil, and Jafar known as the Evils. In the story the Evils are offered to leave the Isle of The Lost and attend school at Auradon Prep with the children of kings, queens and heroes. The characters face the daily challenge of deciding whether or not to follow in the wicked footsteps of their moms and dads.

“This show appealed to us because it is new and different but also has familiar characters that connect people to the nostalgia of their youth. It will be a fun show for audiences of all ages,” said Drama Director Maria Wishart.

The cast for this show is large with 21 members. Some senior cast members include Amanda Bowles as Mal, Angie Ceja as Evie, Michael Hannon as Carlos, Haley Cox as Jay, Elijah MacDonald as Ben, Taylor Becht as Maleficent, Kylee Charles as Fairy Godmother, and Joz Kempf as Audrey.

“I love the opportunity to be a part of drama and to have this senior experience with my close friends,” said Becht.

On the Line Seniors Haley Cox, Amanda Bowles, Elijah MacDonald and Jozalyn Kempf read through the script on their cell phones.Photo by Michael Hannon

One of the Firsts in Indiana

Coming out in 2020 in the midst of the pandemic, this stage production is fairly new and has not been performed by a lot of high schools yet. Paoli will be one of the first high schools to perform it in the state.

“I’m excited to be music directing for one of the first productions of the “Descendants” musical in the state of Indiana! It’s nice to be on the cutting edge,” said Choir Director Chris Boveroux.

Boveroux has helped with running auditions and will be helping out with the show’s musical selections. Boveroux has had many theatre and singing experiences. He participated in a variety of musicals and plays in high school and was a musical and technical director for productions in college. He has also worked on several opera productions in the years before COVID, including Mozart, Verdi and Strauss pieces.

“I’m happy to be facilitating a partnership between the drama and music department! Too often, egos and schedules get in the way, but Mrs. Wishart is an excellent partner with whom to work,” said Boveroux.

The show will be performed on December 2-4 at 7 p.m. in the auditorium and admission is $5. Refreshments will be sold in the lobby during intermission.