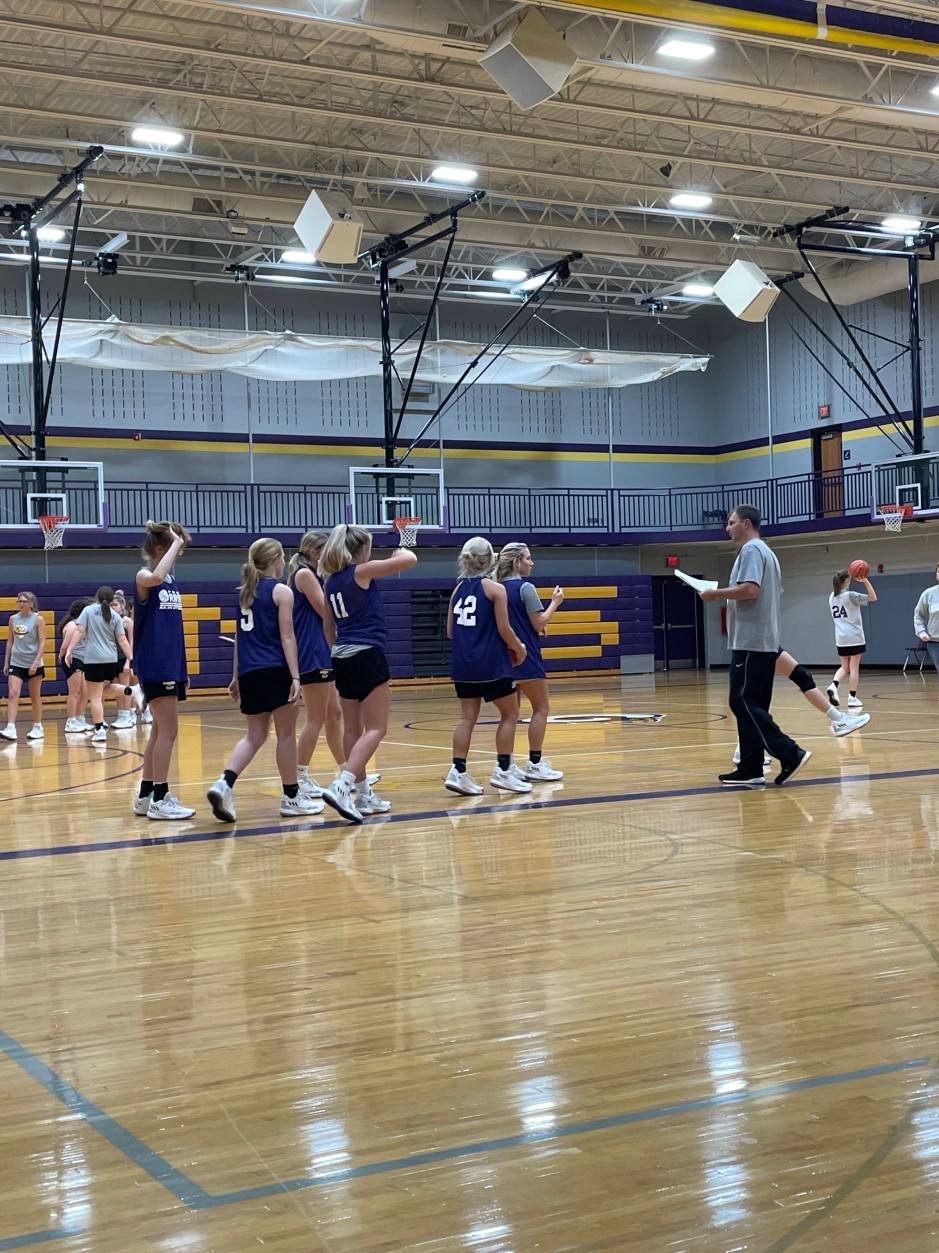 With winter sports coming into play, the high school girls basketball team had their first practice on Monday, October 18, after students returned from fall break. The team is coming back together after a 16-3 summer record and many statements made to spectators.

“I thought we had a really good summer and got a lot accomplished. We played a tough schedule and found out a lot of things about ourselves. We were able to beat Linton, Silver Creek, Jeffersonville, and some other really good teams,” says Head Coach Donavan Crews. “My hope for this season is to be playing like we did this summer. I think if we can get back to that point we have a chance to have a really good season. For this team our main goal is to win the sectional. Obviously we want to win the conference too but for this group, we’ve worked for this since the fifth and sixth grade. If we can all play our roles and utilize our strengths like we did this summer, we’ll be fine.”

The team’s successful summer was not just handed to them, however. They had basketball nearly five days a week in the month of June, had shooting workouts throughout the month of July, and twelve of the twenty two girls played on a travel basketball team — putting them playing this sport almost all year round.

“Probably the thing I’m most proud of with this team is their hard work and dedication. This group is one of the hardest working groups I’ve ever been around,” said Crews.

The girls basketball season will officially begin with their first game on November 4 at Northeast Dubois. There are no restrictions for fans this season, and big crowds will be expected.

“If we can put it all together this group is a fun one to watch.  We are hoping for big crowds this year and I think for those that can make it this year, they will enjoy watching us,” said Crews.