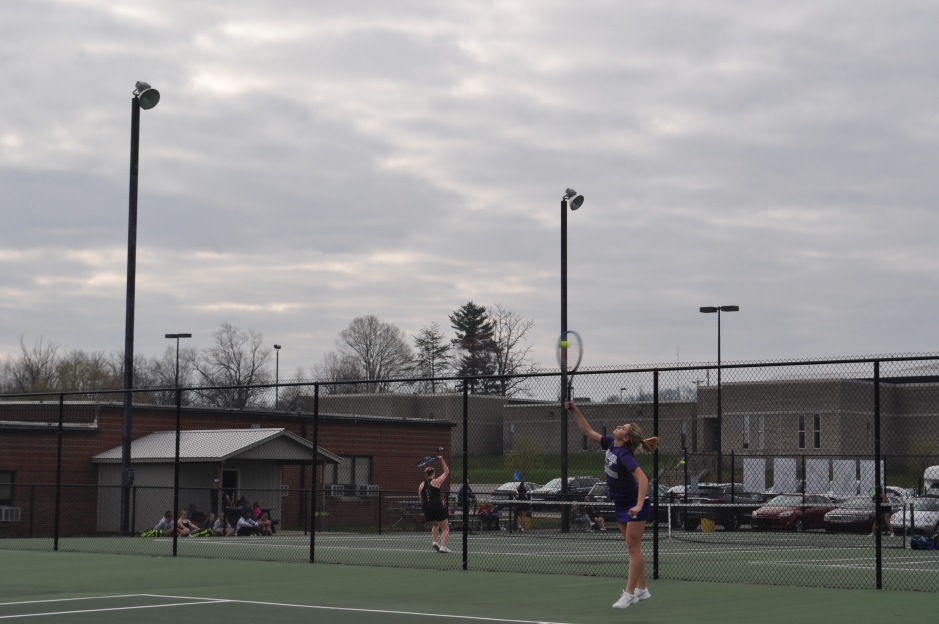 For senior Emily Leone, the 2019 tennis season is her last of high school. Leone discovered her love of the sport in fifth grade.

“Several of my friends were going to play tennis so I thought I would try it out as well.  Also, my cousin had played tennis and enjoyed it so I figured I would probably enjoy it, too,” said Leone.

Leone has enjoyed the memories and friendships she has made because of tennis throughout her years.

“There have been a lot of different stories and memories come from tennis over the years,” said Leone.

Along with the perks of tennis, Leone admits the hard work involved with participating. She also mentions that rain is an obstacle for both her and her team.

Through the difficulties, Leone has had the opportunity to grow as a player. She has noticed the placement of her tennis balls are better and she has been playing smarter.

Along with winning matches, tennis has brought Leone lessons that will stay with her into her future. Leone mentions the mental toughness she has because of the sport, and she will be able to use that later in her life.

This season, the team started off with a 7-0 record with Leone playing number two singles. She has hopes that they will continue to have a successful year. However, Leone is no stranger to success. She has accomplished winning tournaments and was part of the team her freshman year when the varsity won sectional.

With her years of experience, Leone has words of advice to young players.

“Be patient with your progress. The only way to get better is by practicing and not paying too much attention to your mistakes,” said Leone.

With her last season coming to a close, Leone is preparing to say goodbye to a big part of her life.

“This being my last year of tennis feels pretty odd. It’s weird to think that I won’t be playing next year since I have been doing it for so long. I’ve made a lot of friendships with people I wouldn’t think I would, as well as made a lot of memories with people I have been friends with forever.  Tennis is the only sport I have ever been apart of, so I’m sure I will miss playing it,” said Leone.