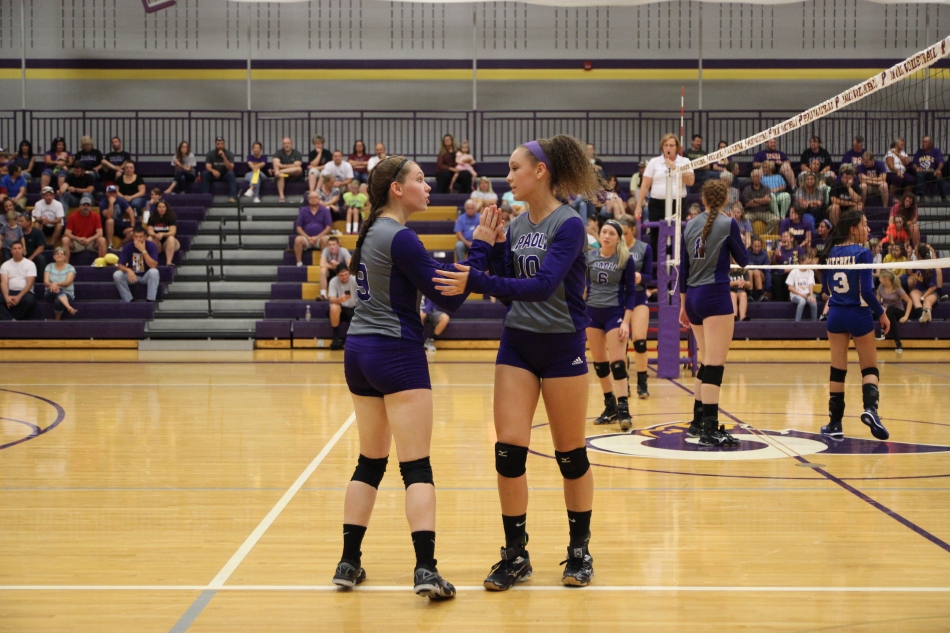 Sophomore Lexi Stroud has played volleyball for the majority of her life. Stroud has spent most of her time playing school volleyball since fourth grade along with playing off season “club” volleyball since seventh grade. Stroud spent her freshman year playing as a middle hitter on the junior varsity team, but this year, Stroud was moved to varsity full time as an outside hitter.
“My initial reaction was ‘I can’t believe this is happening,’” said Stroud.
Most people join volleyball because it looks fun, but Stroud wanted to join because she liked the idea of hitting people in the face and not getting in trouble for it. There was also the fact that the team needed players.
During the practices and camps that take place over the summer, Stroud had been hitting middle. Varsity volleyball coach Alicia Clark moved Stroud up to varsity to practice hitting outside. After the volleyball team’s “purple and gold scrimmage”, Clark decided that Stroud was the best for the team.
“The biggest transition is the kind of players you play with or against, and hitting outside is actually easier than hitting middle,” said Stroud.
With everything in life, there pro and cons, including Stroud’s transition between teams. Stroud’s least favorite part about the switch is the fact that most of her friends are on JV, but her favorite part is that she’s more motivated as a player.
“My favorite part of being on Varsity is that fact that I am at a constant challenge to make myself a better player,” said Stroud.
Throughout the season, Stroud hopes to improve on her serve receive, passing and hitting defensive skills. Serve receive is when players pass a ball that is served to them, and defense is playing a ball off of a hit from the other team. Stroud hopes to have another highly successful season with her fellow varsity teammates.