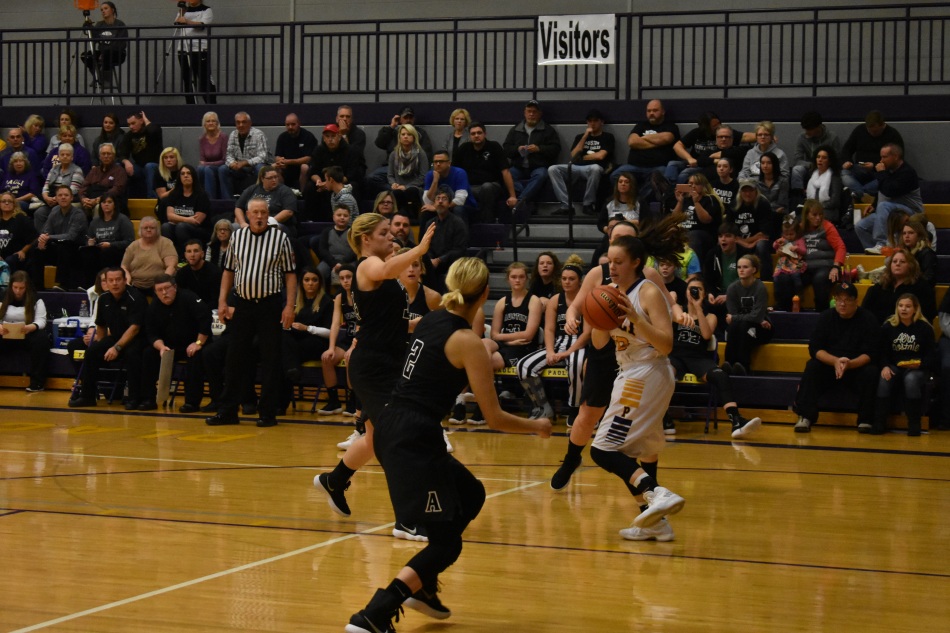 Basketball season is approaching, and sophomore Sierra Manship is beyond excited to get the ball moving. Manship has been playing basketball since she was in third grade, and ever since, she has developed a passion for it. Manship pursued the sport because she was inspired by her dad to start playing.
“My dad has always just pushed me to be better at everything I do, and he always helped me,” said Manship.
Manship is a center, and just like every other athlete, she has set her goals for the season. Her main goal for the season is to have the highest free throw percentage out of all her teammates and to win Sectional.
With every sport comes the pros and cons, and Manship is confident on what they are to her.
“My favorite thing is playing with all of my friends and least favorite thing is running at practice,” said Manship.
As the years went on, Manship worked to improve both her mental and physical game. Playing sports can be so much more than just the game. Athletes tend to learn life lessons that they can take with them after they walk away from the sport. Manship says that with basketball, she has become better at keeping calm in certain situations.
“Basketball has taught me to take harsh criticism and how I can respond back better,” said Manship.
To anyone wishing to play basketball, or any sport in general, Manship says to, without a doubt, be confident.
“Always be confident in yourself. I’ve learned this because the coaches are always saying to be confident that you are going to make the next shot or anything else relating to the sport,” said Manship.
Manship hopes to continue making memories with her team and to improve twice as much as last year. Manship also hopes that she and her teammates can be more successful this season.