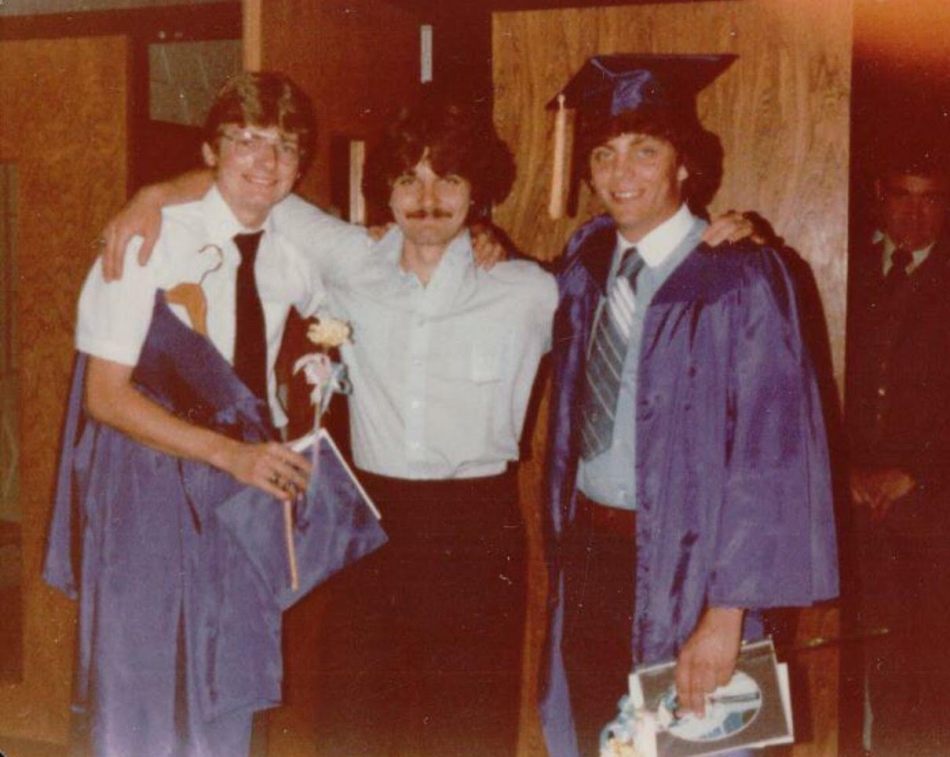 Paoli High School alumnus Raymond Foddrill graduated in 1979. After graduating, Foddrill stayed in his hometown, where he has now lived for 57 years. Foddrill believes his time at PHS, along with the teachers he had, shaped him into the person he is today.
“Mrs. Cynthia Webb, who taught high school English, made a large impact on who I am today. She was an outstanding teacher that allowed her students to think outside the box and express yourself outside of the box,” said Foddrill.
Along with Webb, Foddrill also appreciated his agriculture teacher, Gerald Jackson. Foddrill learned multiple life lessons from him and continues to use Jackson’s knowledge in his daily life.
“Mr. Gerald Jackson also helped mold me into the person I am today. He was the ag teacher while I was in school, and I enjoyed learning everything in his class. What I learned most from him, though, is to be generous. I remember him helping kids out with lunch money when they’d forget their own. He was an outstanding teacher and an amazing man that shaped my life for the better,” said Foddrill.
Foddrill’s favorite teacher was Dale White, who he had his junior year for US history. White would dress up and use props, costumes and different voices while teaching.
“He’d tell us stories of different historical figures, and it was almost like we knew them personally– he made history fun,” said Foddrill.
Most of Foddrill’s time was filled with practices for the sports he participated in. Through his four years, Foddrill played offensive lineman and middle linebacker in football and forward and guard in basketball. In baseball, Foddrill pitched, played third base and batted clean up.
“In ‘78, PHS won the football, basketball, and the baseball sectional. I was playing varsity, so I had been able to participate. We were the second team in Indiana high school history to win all three sectionals that year. It was really cool to be able to be a part of something that would be forever remembered in PHS history,” said Foddrill.
While playing, Foddrill was awarded MVP in baseball his junior and senior years, and during his freshman year, Foddrill was the record holder for the highest free-throw percentage.
During Foddrill’s junior and senior year, and 11 years after graduating, he worked at the Orange County Bank as a teller, collections officer and then a loan officer. Since being an employee of the bank, he has worked as a self-employed contractor for home repairs.
“I thought it would be something that I would enjoy, and it has been for 27 years,” said Foddrill. Foddrill’s current project is building a house for him and his wife, who he has been married to for 38 years.
“I started dating my wife my senior year of high school and got married the following year. I met my wife, Terri Foddrill, while in junior high, two weeks before she moved to Orleans. I knew from the moment I saw her that she would be the woman I would marry,” said Foddrill.
Foddrill has two daughters, Amanda and Stacie, who also went to PHS. From Amanda, his eldest, he has two granddaughters, Rebekah and Delilah. From Stacie, Foddrill has one granddaughter, Alexandra.
Foddrill has few regrets from his time at PHS, but he does wish he had taken a language class and advanced math classes, along with trying harder in his studies.
For today’s students, Foddrill gives this advice, “Stay in school and don’t be afraid to ask teachers and tutors for help. Listen to the adults in your life, they know more than you’d like to think that they do. I know a lot of kids are worried about where they’re going to be in 10 years, and more specifically, they’re worried about college. It’s okay not to know what you want to do, because people in their forties, fifties and sixties still don’t know what they want to do with their lives. Most importantly, treat others how you want to be treated and treat everyone with respect, despite how they treat you.”