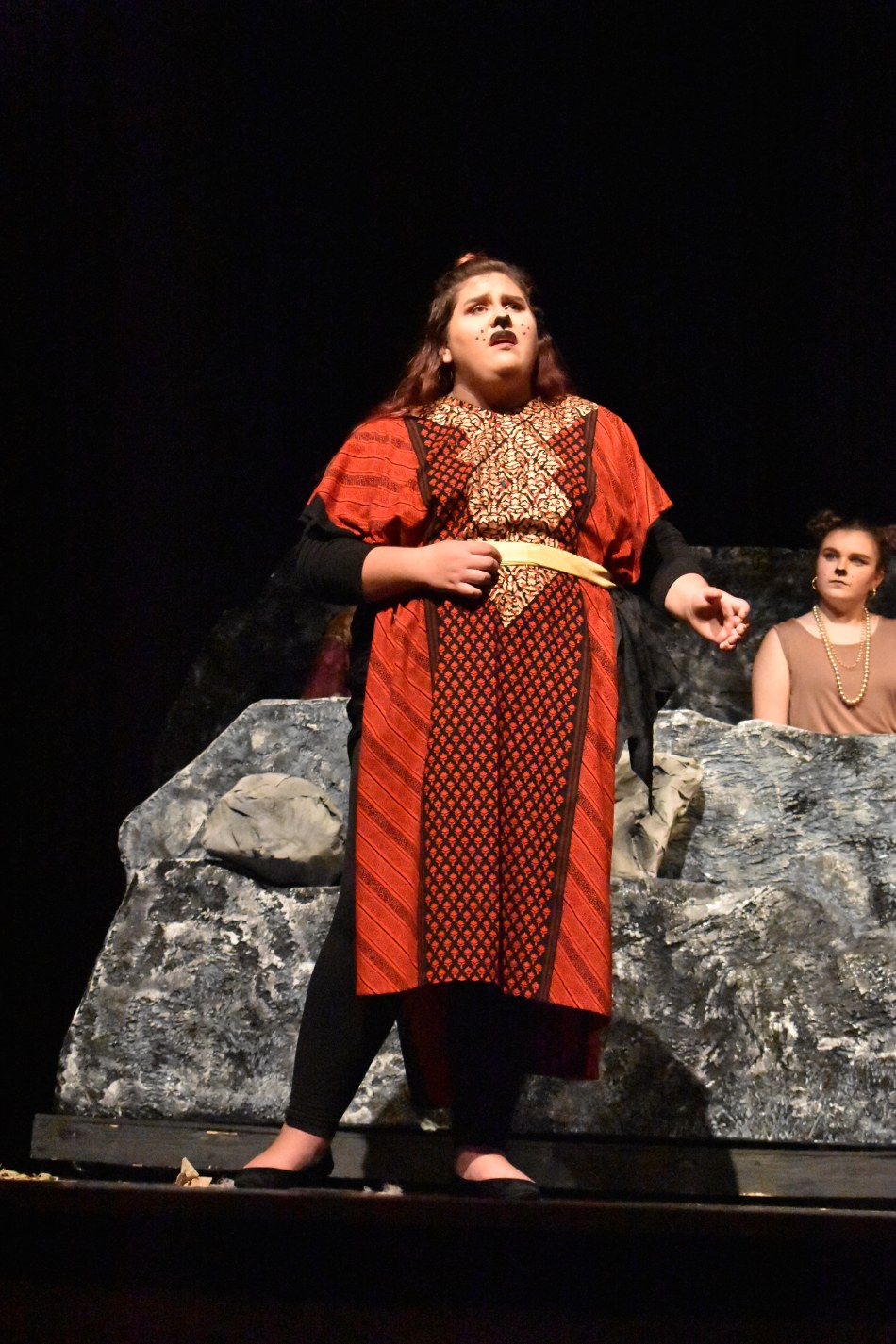 We all might love to sing in the car or put on a performance in the shower, but for junior Atley Cook, singing has been a love and a passion ever since she was a little girl. Cook has always taken singing and progressing her voice very seriously, and she has gotten many wonderful opportunities because of her abilities.

Cook knew she wanted to have singing be a huge part in her life when summer school show director Larry Hollan gave her a solo in Oklahoma. She sang “I Can’t Say No.”

“It was my first big solo, and from that point, I knew that’s what I wanted to do,” said Cook.

Cook has been in school choir for eight years, but Cook has not sung at many competitions. She has been in a few talent shows and has won gold at Solo and Ensemble, but Cook can always lean back on the choir program at PHS.

With the help of plays and choir concerts in her earlier years, Cook’s passion for singing grew by watching her brother, Jacob Cook, sing. Cook sees her brother as an inspiration, and ever since she was little, she enjoyed watching him perform in concerts. He always pushed Cook to do better.

Earlier this year, when the drama club put on The Lion King, Cook opened the show with a solo in “The Circle of Life,” which goes down as her all-time favorite solo.

Cook’s talents have even gotten her noticed by the American Musical and Dramatic Academy, a performing arts college located in Los Angeles, California and New York City.

“Last summer, I got a call from AMDA saying they had gotten an email about me from someone and wanted to hear me sing. I sent them a video, and they asked me to put in an audition tape for their summer program there,” said Cook.

Cook did submit an audition tape and was accepted into the summer program. This July, Cook will attend AMDA for two weeks for vocal training and to work on expanding her theater skills. At the end of the two weeks, all of the people accepted into the program will put on show.

Cook is planning on continuing to sing in her future. In the past, she has felt conflicted with continuing a singing career because she is aware that there will be others better than her, but she wants to give it a try and see where it takes her.

“I love music. It’s a big part of my life, and I want to at least try because performing is what makes me happy,” said Cook.