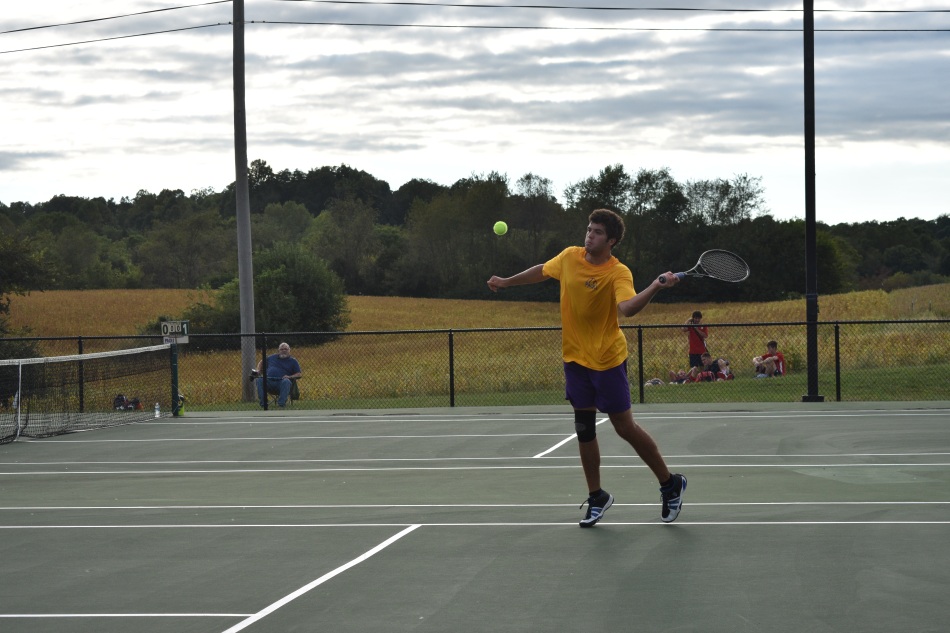 When sports seasons come to a close, senior athletes reflect on their time playing their sport. For senior Ashton Minton, this feeling held true for his final year of tennis. Minton started playing seven years ago because he needed a fall sport to complete his goal of playing three sports in high school.

“Tennis is enjoyable for me because it is just yourself out there, and whatever goes right or wrong is on yourself,” said Minton.

Throughout his tennis career, Minton has played number one singles and has advanced in Sectional his junior and senior years. When it comes to improvement, Minton believes he has improved on his ground strokes and his first serve percentage.

“My best memory in tennis was my senior year going 9-3 in regular season, which is the best record in quite a while,” said Minton.

“Coach O is my biggest inspiration because he teaches you not only to be a good tennis player, but to be an even better person off the court,” said Minton.

Additionally, Minton will miss his best friends who have played alongside him as well as the long bus rides.

“Being with the other five seniors every day getting better was a great time,” said Minton.

Minton not only gained memories from playing tennis but advice he use throughout life. Most of all, Minton learned how to be confident in everything he does.

“Tennis has taught me to be myself and confident. If you aren’t confident, you aren’t going to produce the way your team needs you to,” said Minton.

Based on personal experience, Minton would tell anyone who wishes to play a sport to listen to the coaches, work hard every day and appreciate the time you have playing the sport because it “goes by faster than you think.”

After high school, Minton hopes to study exercise science at IUPUI with the intention of becoming a physical therapist.

0 comments on “Minton Reflects on Years in Tennis”