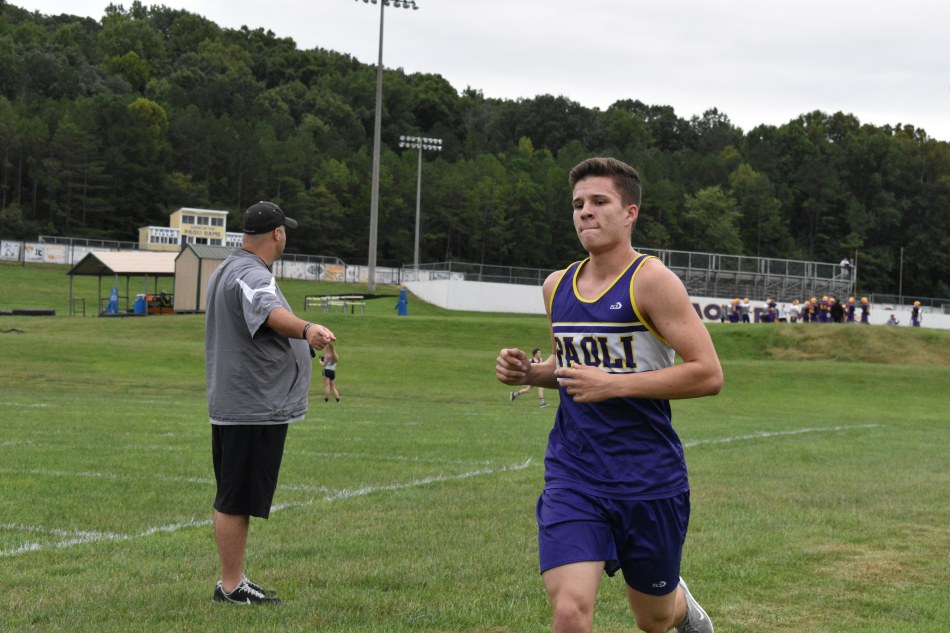 “I look back at all the time I spent running and sometimes think, ‘why do you run?’ Then it hits me that I love it and hate it, it helps me think and stay healthy and it hurts, but it makes me happy. Running has been such a big part of my life for the past five years; it is really sad that it is coming to an end,” said McCoy.

Cross country has not only taught McCoy what it means to be an athlete, but it has also taught him life lessons.

“I have learned that no matter how hard things get sometimes, you have to keep moving forward. Just like running, put one foot in front of the other and keep pushing,” said McCoy.

McCoy does not plan on running competitively after high school. He wants to run for himself, not a team. He is excited to see how the cross country team does next year.

“My team is my second family; I am so excited to see how far they go after I am gone. Some advice for next year’s seniors is to not cut it short. Every time you run, give it 110%, even if it is just practice. Working hard pays definitely pays off,” said McCoy.

Since his senior season has ended, McCoy has been reflecting on his time as a runner.

“Cross country has been one of the best times of my life, and if I could do it all over again, I would.”