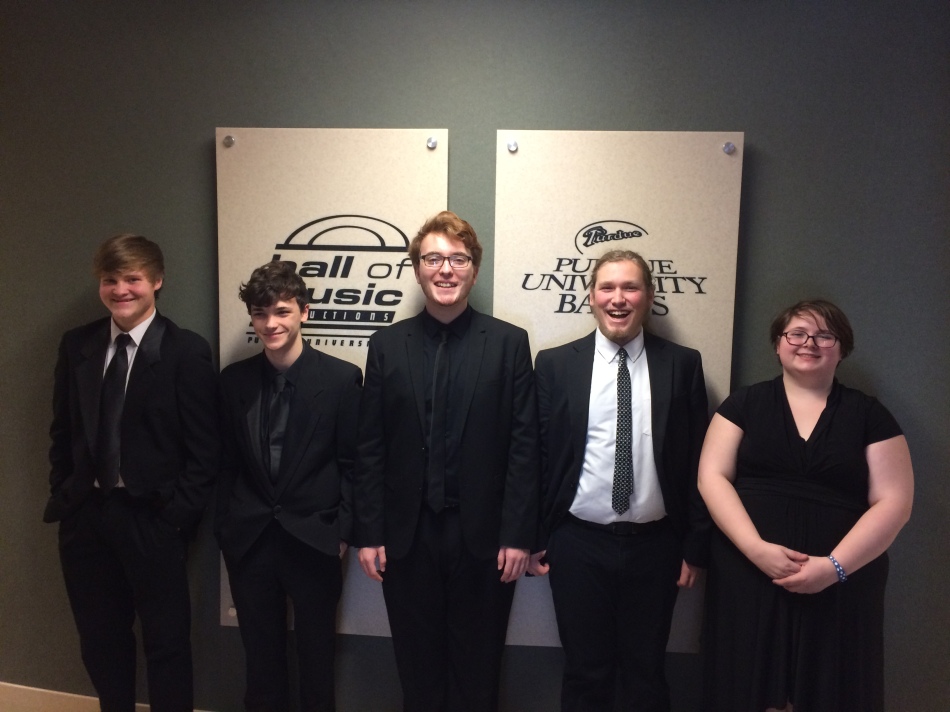 “[My favorite part was] getting the opportunity to travel and see things I wouldn’t normally have seen, and I also got to be a part of a band that is a lot bigger than ours,” said Charles.

To be selected for this honor, students had to send in recordings of the audition music to the IMEA judges, who then selected students according to their ability to play the excerpts.

During the weekend, these students participated in many rehearsals with other students from all over the state. During their breaks, students could visit many different booths set up at the convention center. There were many types of booths, from people with new instruments to colleges wanting to recruit students into their music majors.

“I met a lot of really fun people and even made a group chat with some of the people I met,” said Roach.

On Sunday, January 19, each of these honor groups got to perform the pieces of music they had been preparing. They were supposed to perform at the Embassy Theater in Fort Wayne, but due to weather conditions, some honor groups had to perform in different locations.

“This year’s All-State Orchestra was probably one of the best groups I’ve ever played with. The conductor was amazing, and he taught us some valuable life lessons as well as how to dig deeper to play our music the best we could,” said Ward.