Seniors Devon and Johnathon Foughty-Killion are one of the three sets of twins in the senior class. Being a twin comes with a lot of confusion and stereotypes, but there is always comfort in knowing someone is there when other people may not be.

The Foughty-Killions are both known at PHS for being funny.

“[The best thing] is that we can confuse people,” said Johnathon.

The brothers agree that there are ups and downs of being twins, especially when they know each other better than anyone else.

“Everyone has their own limits and knows what pushes them to the edge. Imagine having someone who knows your limits and pushes you constantly,” said Devon.

Like the Foughty-Killions, seniors Addie and Gracie Wolfe, another set of twins, recognize the pros and cons of being twins.

“[Having a twin] has affected my life in a good way. I have an automatic best friend and someone who is always there for me,” said Gracie.

Addie and Gracie have been together since the first day and would not change that for the world. To them, having a twin means having a best friend, and they both cherish the memories they share.

“My most important memories include us being with each other no matter where we go or what we do, from working together, kindergarten and sixth grade graduation– everything,” said Addie.

Being together all the time inevitably means arguing, but the two sisters say their fights are not anything special.

“Addie’s the oldest twin by 17 minutes, but that hardly comes up in an argument,” said Gracie. “We never agree on where to eat, and we always fight over clothes.”

The third set of twins, seniors Julia and Julieta Calzada, like the Wolfes, think having a twin is great.

“[The best thing about being a twin] is having a best friend,” said Julieta. “She’s the coolest person I know.”

The Calzadas share everything, from hobbies to life plans.

“We have similar interests, but it doesn’t complicate anything,” said Julia.

After high school, all twins plan on going to college together and going into similar occupations. 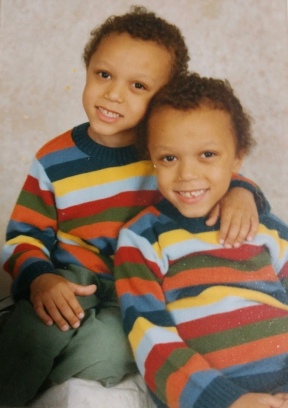 The sets of twins are pictured as small children.