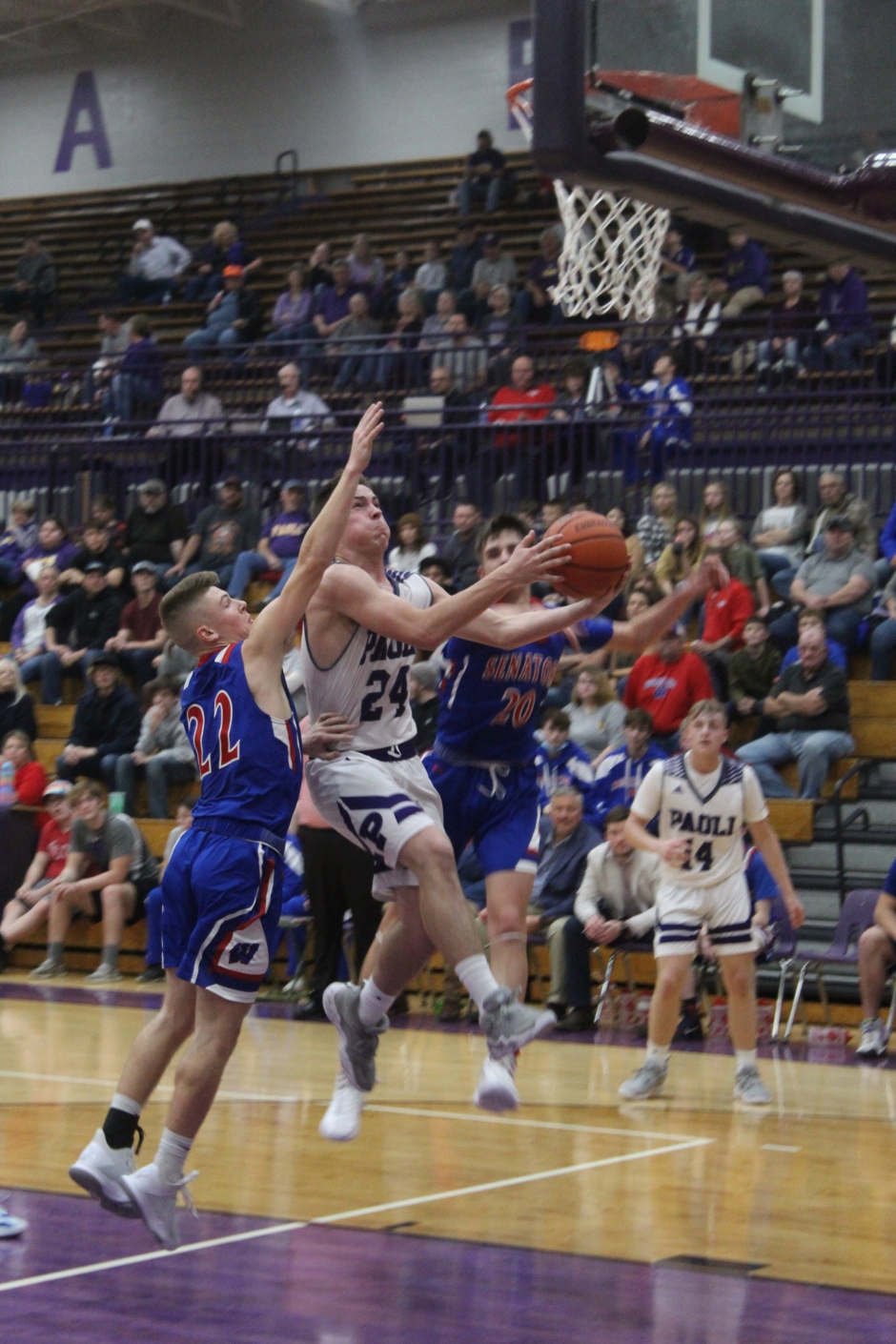 The Boys Varsity Basketball team played at home on Friday, December 10 against West Washington. Paoli won 53 to 41. This was the Rams first conference game and showed the fans and their opponents what they were capable of.

“Any time you win something multiple years in a row, the target on your back gets bigger and bigger. Paoli has now won or shared the Conference title in Basketball for four years in a row so all of the other teams are gunning for us. It’s always a fear of mine that you lose your hunger and other teams want to win more than you do. I reminded our team of that before we tipped off.  They went out and proved that we wanted it more than West Washington did. And that is how you must play if you want to stay on top,” said Varsity Head Coach Dusty Cole.

John Moon had a great game and led the way with 17 points scored. Fletcher Cole was limited this week with nine points and Trey Rominger was well guarded with only 13 points. Isaac Cornett-McBride had six points and Carson Little had eight.

“Our seniors were terrific and we were able to be physical and flex our muscles a little bit against West Washington. We knew that our front court would have a big advantage in this game with size, and definitely strength,” said Cole.

The Rams knew the Senators would try numerous defensive strategies in the game.

“We also knew they were going to try and limit Fletcher and Trey. West Washington even played a Diamond-and-1 defense against Fletcher for part of the game. But we really felt like that actually played right into our hands as that allowed Isaac, John, and Carson to play 1-on-1 inside against the smaller, weaker West Washington defenders. Those guys dominated the paint and the glass. John has been really consistent for us this year and led the way with 17 points. You know he is playing with a lot of confidence when he is stepping out and hitting three pointers and he hit two last weekend against West Washington.  John is a senior and a three-year starter, so we expect him to play well and he has so far,” said Cole.

The boys are 3-0 on the season and are continuing to improve. Tonight they play the Austin Eagles at Austin, with the JV game starting at 6 p.m. The Varsity Eagles are 1-4 in the season.