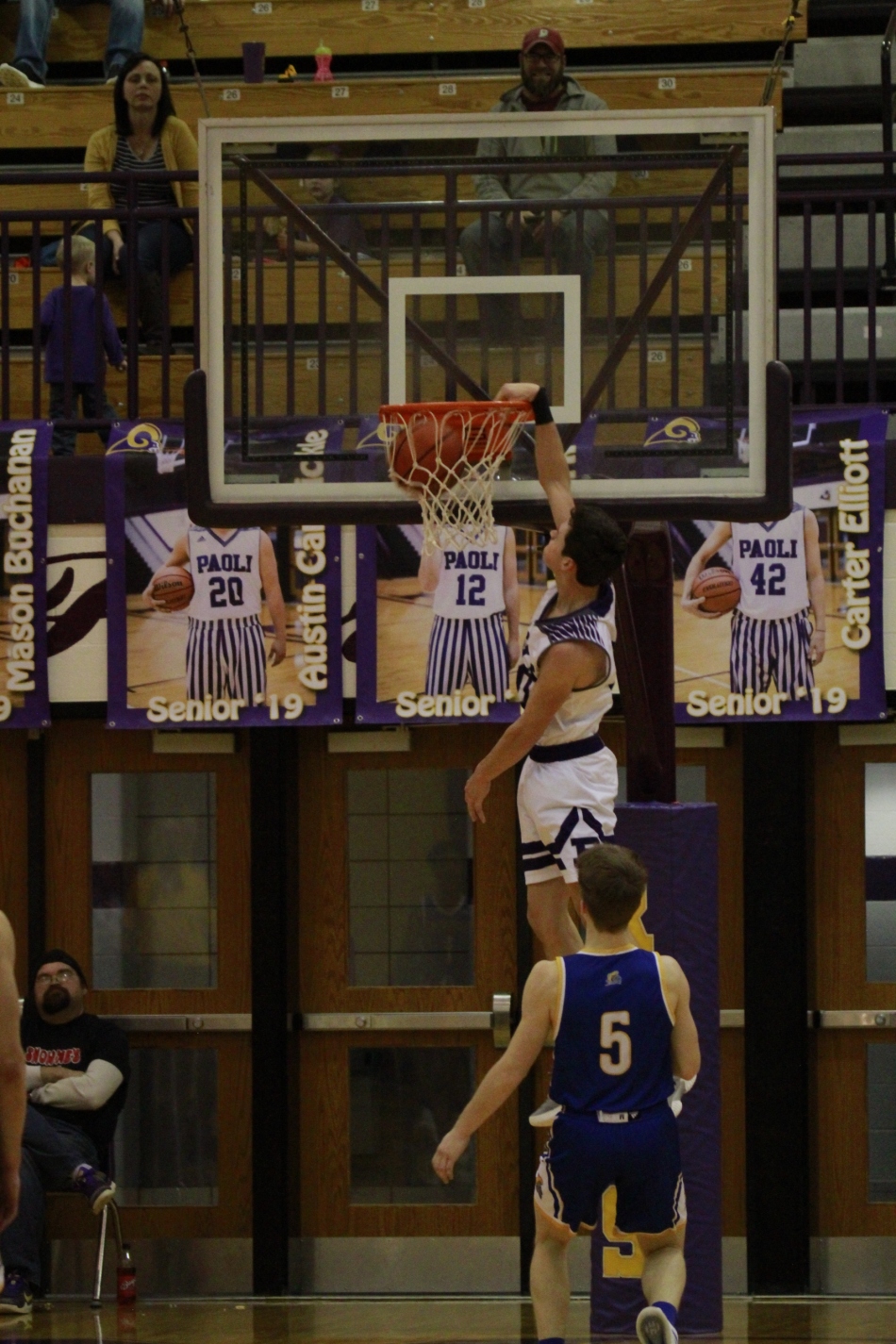 Football season has come to an end, so basketball is kicking into gear. With the boys basketball team falling short in last year’s Sectional, they are expecting nothing less than a PLAC championship and a Sectional trophy this year.

Four of the top five scorers are returning from last year, a couple of players are moving up from a JV team that only lost a few games last season and head coach Dusty Cole has high expectations for this year’s season.

“Our senior, junior and sophomore classes are used to winning, and they’ve done lots of it throughout their basketball careers. It is very rare to have three season leading scorers on one team, and that is the case this year. Ashton Minton led us in scoring three years ago, Ty Lawson led two years ago and Brett Bosley led last year. Most things we do start with those three, but we can also bring in added scoring with Jordan Clark and Mason Buchanan. Carter Elliott and Hobie Bobbit are both capable varsity players as well, and both of them excel on the defensive end. Austin Carmickle and Charlie Meredith do all the little things that make a team special, and our wild card this season could be Parker Sullivan. He has grown a few inches, gotten much stronger and could be a real difference maker this year.  We have a lot of pieces that can play multiple styles and paces,” said Cole.
One of the most important things Cole’s team will need this season is team cohesiveness.

“History has shown how difficult it can be to bring a lot of stars and talent together and be successful. Everyone will have to make sacrifices and be willing to put the team first. We don’t foresee that being a problem at all with this bunch of young men, but it is still important that we make that happen,” said Cole.

The team has several goals this year, including winning the Holiday Tournament Championship, becoming PLAC champions, and even achieving the HBCA Honors Court as a team.

“Every member of the Sectional roster has to achieve certain standards and have a GPA of 3.0 or above. Every season, there are about a dozen teams in the state of Indiana that stand a legitimate chance of playing on the last day of the season in Indianapolis.  We feel like this season we are one of those 10-12 teams,” said Cole.

Aside from the big goals, Cole just wants his players to improve each day.

“If we can continue to improve and grow every day, then we will be very successful later in the year,” said Cole.

Senior Ashton Minton believes this could potentially be one of the most memorable and successful seasons he has ever had as a basketball player.

“I think this season will go very well. If we do what we are coached to do, it should be a very special season in the end. I, along with the rest of the seniors, have been wishing on this year since the third or fourth grade, and now it is finally here,” said Minton.

Overall, the Paoli boys basketball team wants to succeed, not just as individuals, but as a team. They know it won’t be easy, but they are willing to work hard and fight toward a victory.

“All of them have put in the work, stuck with it and are ready to contribute on one of the best teams Paoli has ever had,” said Cole.