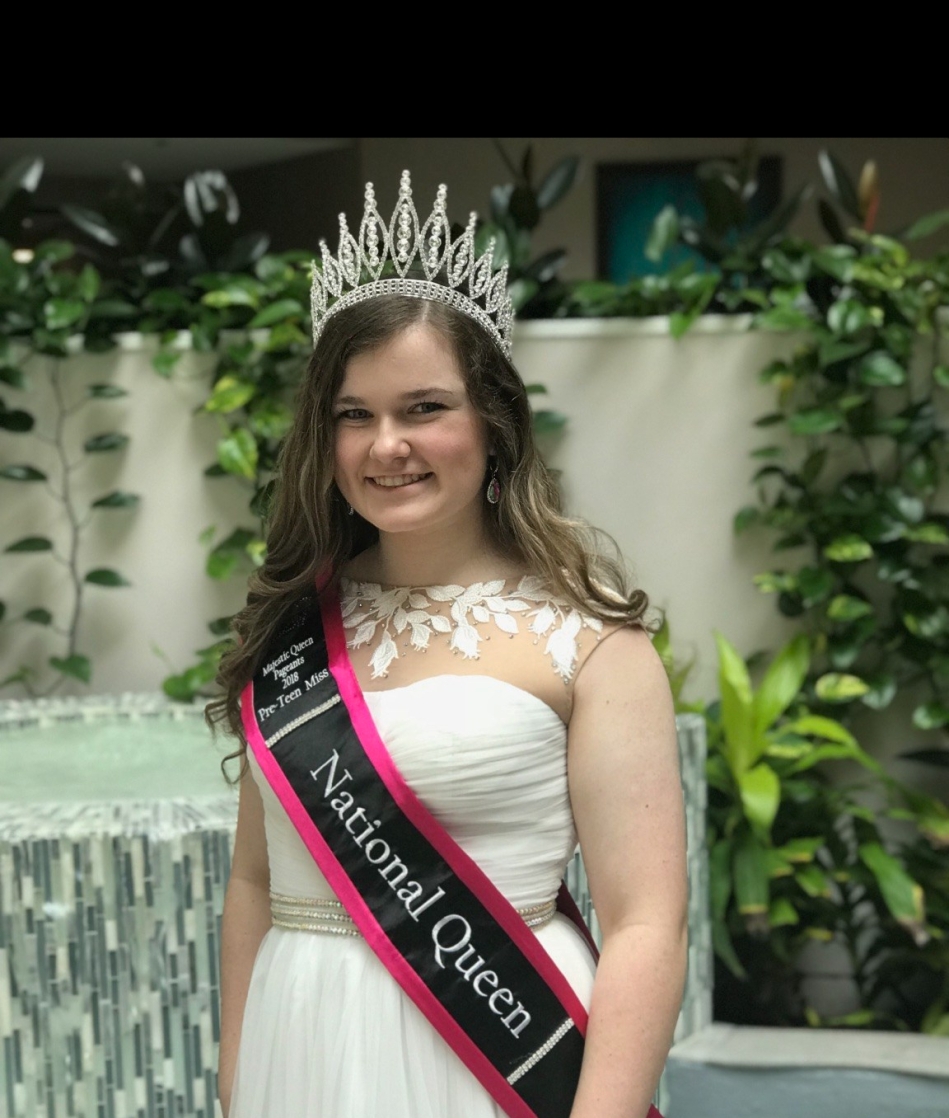 Sophomore Libby Padgett is involved in a variety of different pageants. Padgett has competed in around 20 pageants overall since she began as a child.

“I did my first pageant when I was 5, and I fell in love with being on stage. That’s why I love drama and being in musicals so much,” said Padgett.

She has only competed in pageants in Indiana, but she has qualified to travel to California and all over the Midwest. Padgett’s highest win in a competition was Majestic Queen National Preteen. She has also been awarded 250 dollars for an optional actress competition.

“I got into pageants because they were fun to me, and I learned real life skills like how to dress and act in a interview or how to make eye contact with someone you are speaking to. I also got into it because it was something my mom and I love doing together. She was super supportive of me, and she loves helping me prepare for my pageants,” said Padgett

Most of the pageants she has competed in include a formal wear and an interview portion. Others could include an onstage question or a personal introduction. The judges look for who has more confidence on and off stage, who will carry on a conversation and who will be a good representative out of a group of winners. Judging a pageant is subjective, so judges often have different opinions.

“The sayings I alway hear are ‘different days, different judges’ and ‘you have to find your judges’ because the judges do look for different things,” said Padgett.

The competitions could be one day of 10-12 hours of competing, but others could be multiple days. Padgett enjoys competing because she learns valuable life lessons, and she has made many friends while competing against each other.

“Don’t let it change who you are. Be yourself, be confident and enjoy your time on stage,” said Padgett.